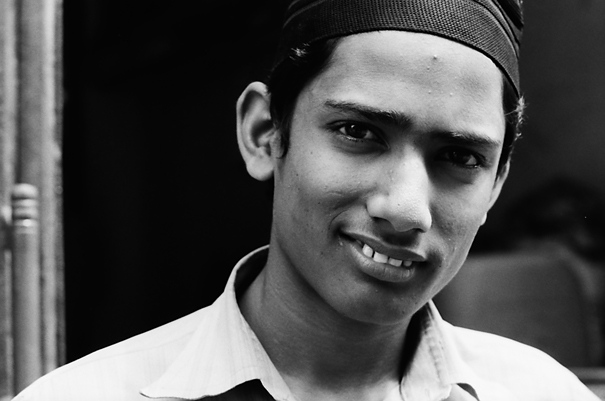 A young man was wearing a Muslim cap called Taqiyah. Unlike a big neighboring country, the major religion in this country is Islam. About 80% of its population is Muslim. He twisted his lips and showed his white teeth when I focused on him. 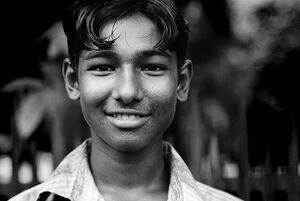 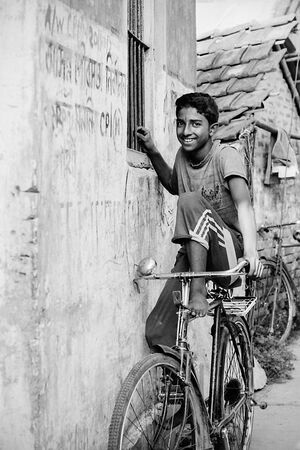 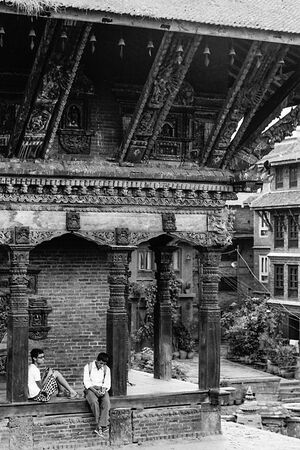 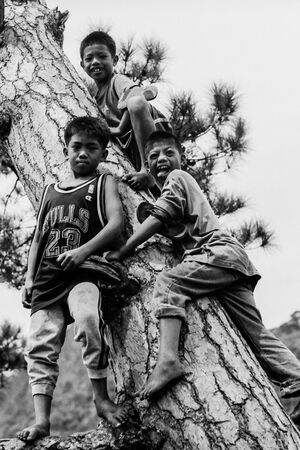 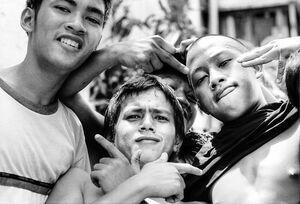 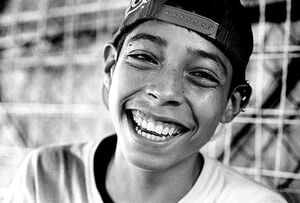 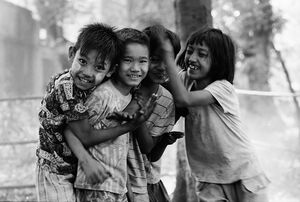 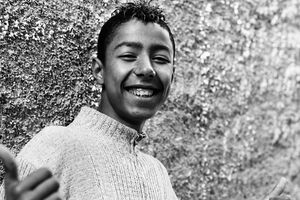 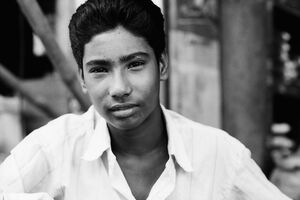 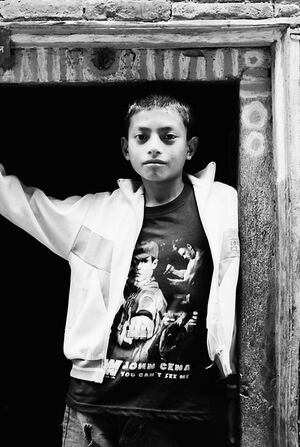 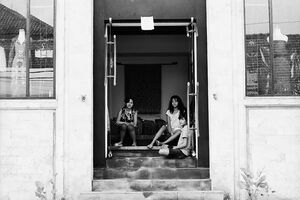 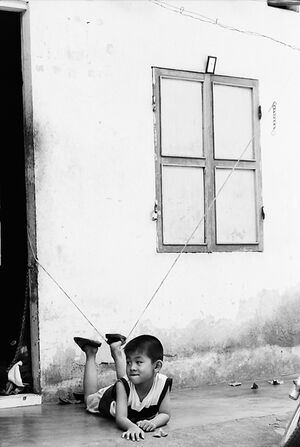 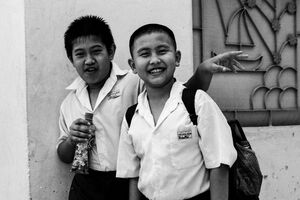 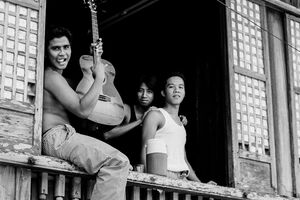 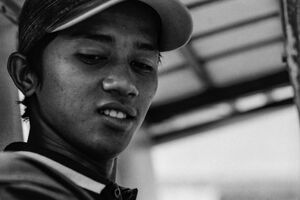 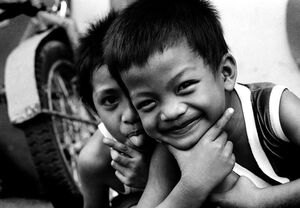 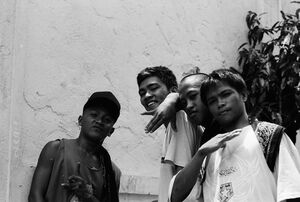 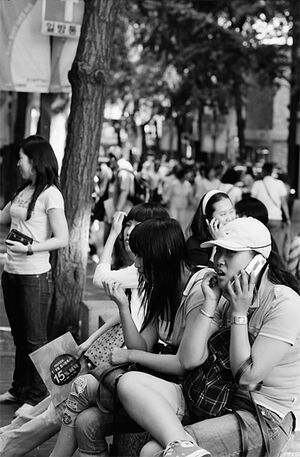 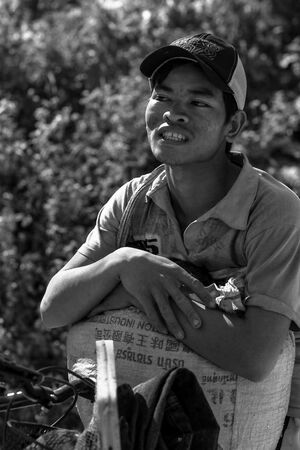 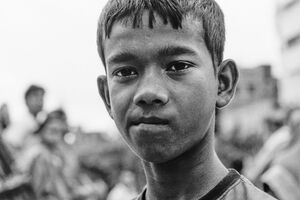 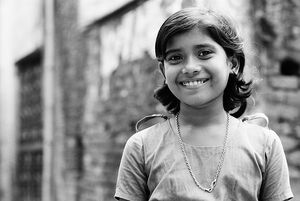 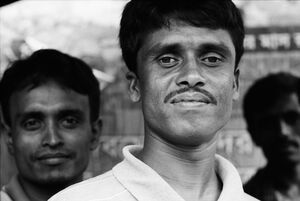 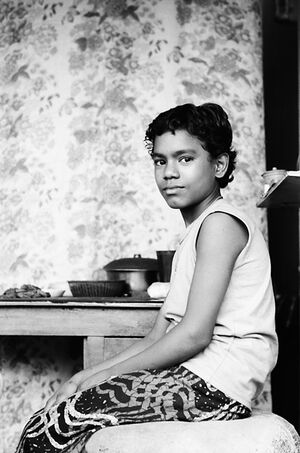 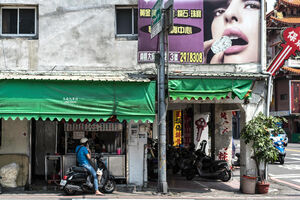