I stood on the beach. A big silhouette of another island was seen in the distance. And the big clouds were floating above the island. The seawall stretched into the ocean. I found a woman walking on it.

The woman wearing a straw hat was walking alone. And she was heading for the edge of the seawall. Apparently, she didn't seem to go fishing there. No fishing rods were seen in her hands. Perhaps, she was going to the waterfront to lose herself in thought.

Aestival Clouds Above The Bay 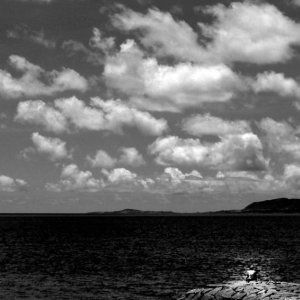 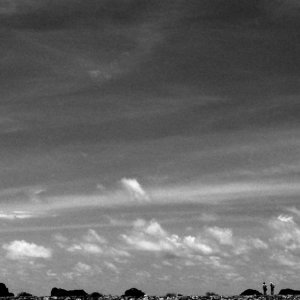 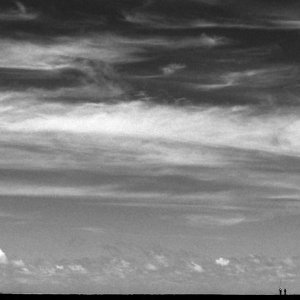 Two Small Figures On The Seawall 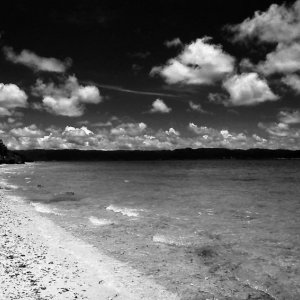 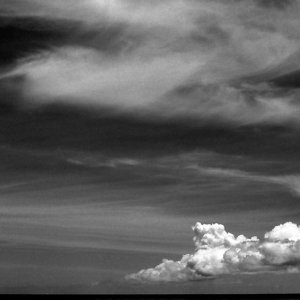 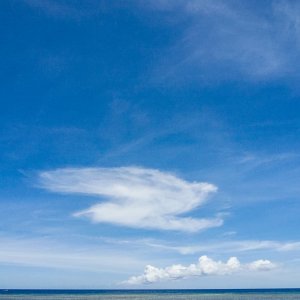 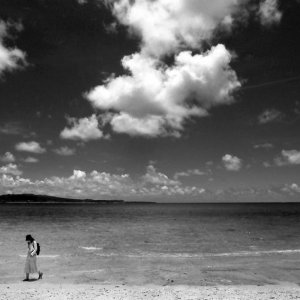 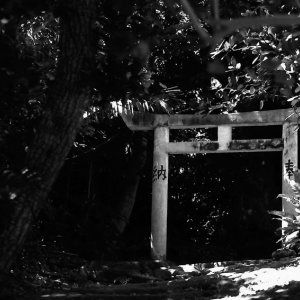 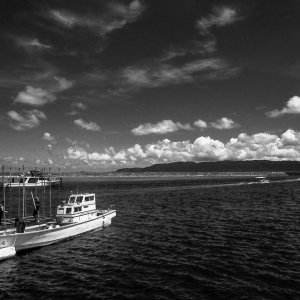 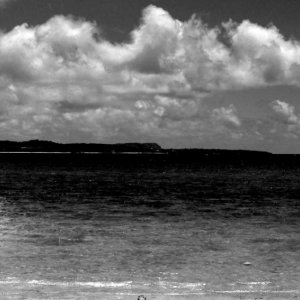 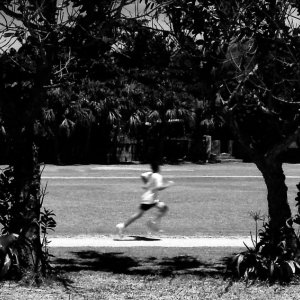 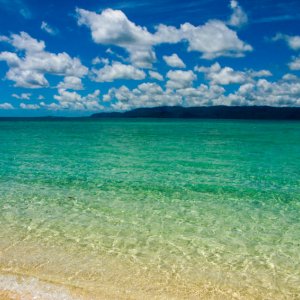