Inside the eating place, a young boy was playing eagerly with working car toys

When I left the popular shopping mall and walked to the opposite side of Thamrin Street, there were no more cozy buildings, but an ordinary town. It's the same kind of townscape as you can see in other places in Jakarta. Simple shops lined up on the side of the road, and a residential area spread out behind them.

The eatery I passed by was busy. Many customers were seated at the tables inside. It was just mealtime and the place was crowded with hungry customers. Speculation swirled inside the restaurant, wondering if the food would come out soon. But the little boy playing in the shop was a far cry from such speculation.

With his back to the sizzling, smoking kitchen, the boy was playing by himself. In front of the boy were several working car toys, like dump trucks and ambulances, and the boy's gaze never left the toy cars. Working cars are very popular in Japan as well, but even here in Jakarta, working cars seem to attract the boys' attention. As the working cars were buzzing around, the boy found himself in front of a traffic jam, just like in Jakarta. 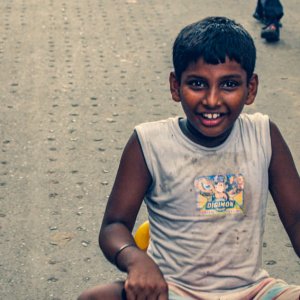 Smile On The Toy Car 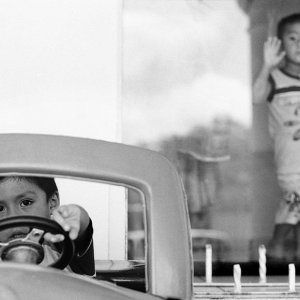 The Haves And The Have-nots 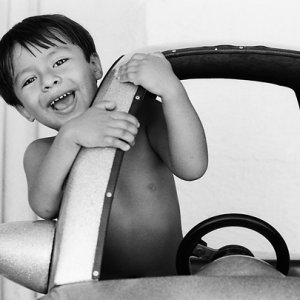 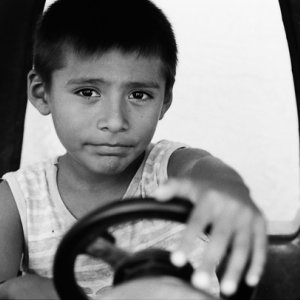 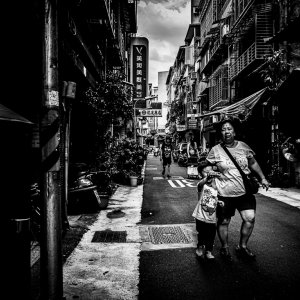 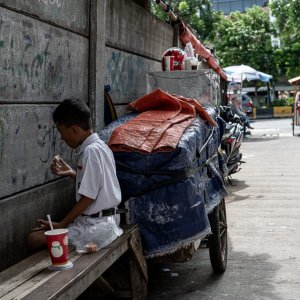 Boy Eating Against The Wall