As I continued on my way, I saw more and more bicycle cabs called Becak on the side of the road. I realized that I was getting closer and closer to the market in Cirebon. However, most of the Becak drivers seemed to be bored. Many of them parked their bicycles on the side of the road and relaxed, instead of going out to pick up people who had finished shopping at the market. Compared to the number of Becak, the number of shoppers arriving at this time of day may not be that many.

The hollow-cheeked man in this photo was one of the people lazing around near the market. He was slumped in the seat of a bicycle cab, and it was hard to tell if he was waiting for a customer or resting. The man's keen gaze on the traffic made him look as if he was looking for something to catch in the crowd.

When I stood in front of him, he took one look at me and then quickly looked away. The man looked at the traffic with a grim face, as if he was telling me not to come to him because I was not a customer. Apparently, I was not the man's prey. 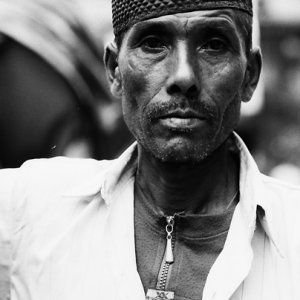 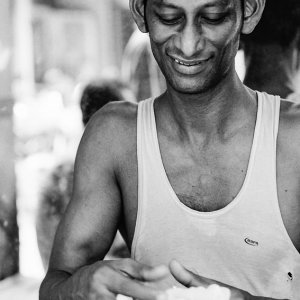 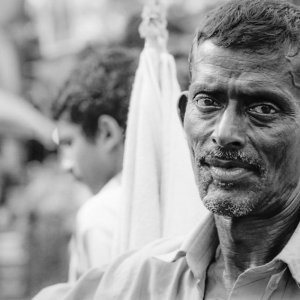 Veiny Face Of A Man 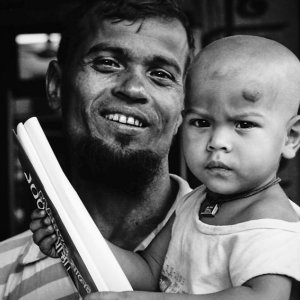 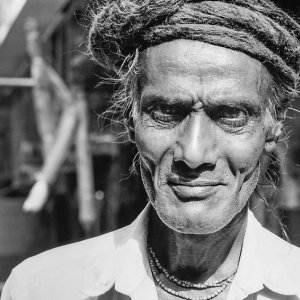