As Fatahillah Square approached, the carriages increased on the side of the road. The carriage is called Andon in Jakarta. In some places in Indonesia, horse-drawn carriages are still used for transportation, but here in Jakarta, they are only used for sightseeing.

When I looked at the parked carriage, there were a lot of decorations around the carriage and the horses themselves were decorated. It looked as if it is participating in a festival. They would probably take a ride through the old town, once called Batavia, with an upstart who visited famous Fatahillah Square.

It must be interesting to get around in the streets built in the Dutch colonial period by means of transportation that doesn't change much from the past. But I deserved to walk around in a sweat. After taking pictures of the silver decorated horses, I quickly made my way to the square.

Anyway, people here were very quiet, or rather well-behaved. There was no one who persistently urged me to ride in a carriage or buy something. It is troublesome to deal with a persistent peddler, but I feel a little sad without the troublesome.

Side Face Of A Horse Staying Motionless (Jakarta) 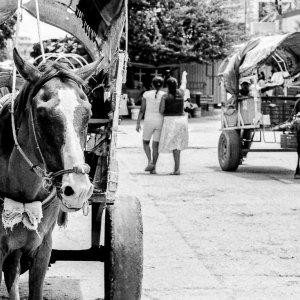 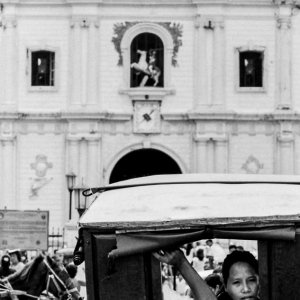 From A Rear Window Of A Carriage Called Kalesa 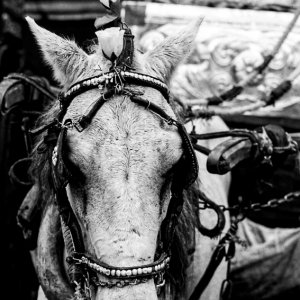 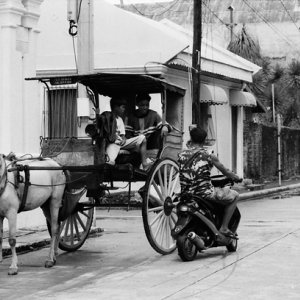 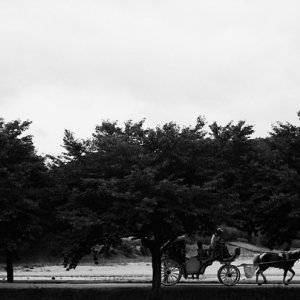 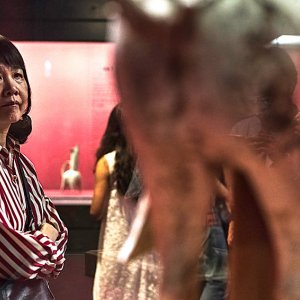