A couple was seen climbing the staircase

The name of Sangenjaya is unique. 'Sangen' means three shops and 'Jaya' means a teahouse in Japanese. In fact, Sangenjaya means three teahouses in Japanese. Nevertheless, there is an enormous number of cafe and restaurant here as it is now. Once this place was a fork of Oyama-Do way, which is now Aoyama-Dori way, and Noborito-Do way. And it is said that there were three teahouses around here. Therefore, this place was called 'Sangenjaya' originally. The three teahouses have vanished already. Yet this city became one of the bustling cities in Tokyo and is flourish.

Leaning over on the fence, I watched the stairway and the small square below my eyes. Many people wriggled under the strong sun. The shadows were thick. In the meantime, a couple appeared and started to climb the stairway. 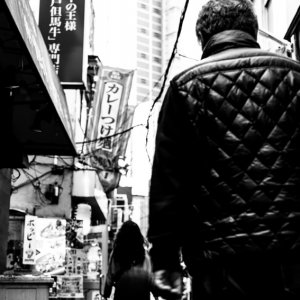 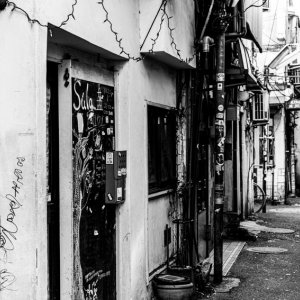 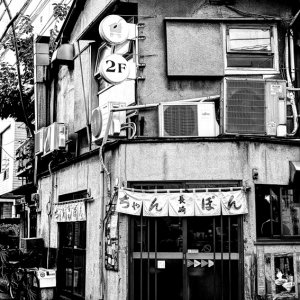 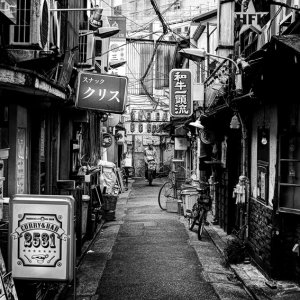 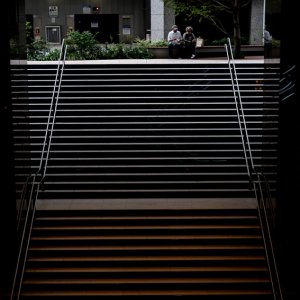 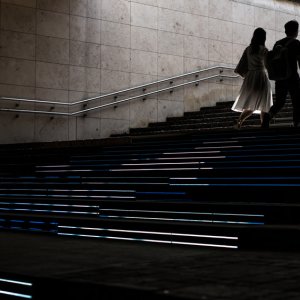 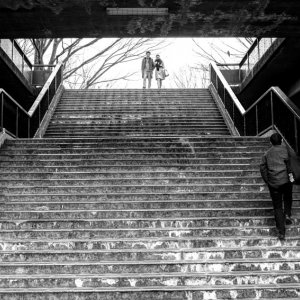 Couple On The Top Of The Stairway 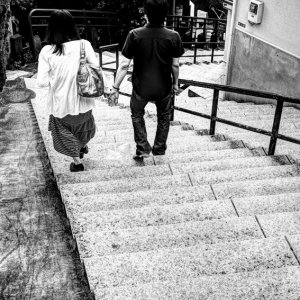 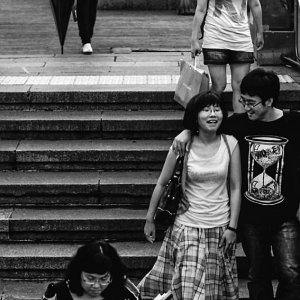 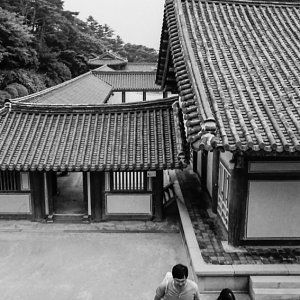 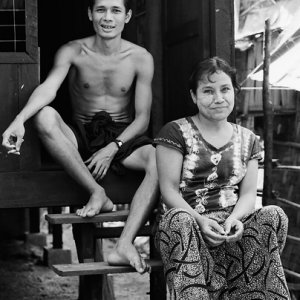 Husband And Wife At The Entrance 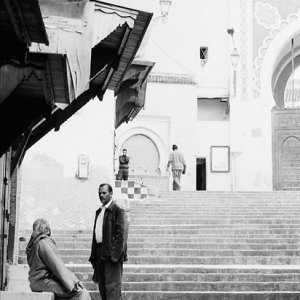 Man And Woman At The Stair