There was a small Shinto shrine halfway up Miyamasu-Zaka. Neither the main hall nor the prayer hall were seen from the sidewalk. They stood on the top of the stairway. The shrine is dedicated to the deities of Shugendo which is a religion mixed with Japan's ancient mountain worship and Buddhism. It requires an ascetic training to achieve enlightenment. Yet the place where the shrine stations is in the midst of the entertainment district. So I think it comes to the wrong place at the present day.

When I stood at the entrance of the shrine, two young women wearing fashionable clothes came down the stair. Their appearances were completely out of touch with a ascetic monk.

Silhouettes Around The Stairway (Kudan)

Couple On Other Side Of Hole (Shibuya) 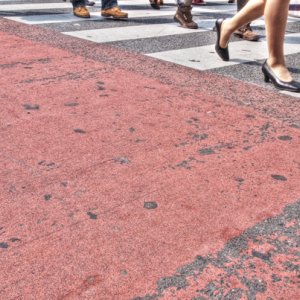 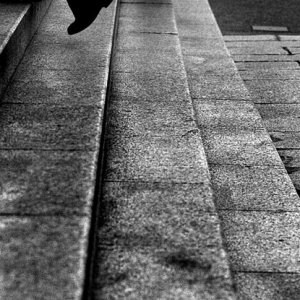 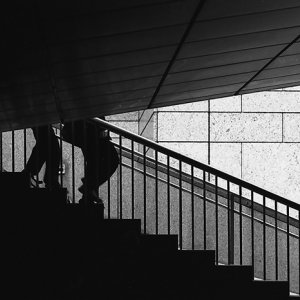 Legs On The Stairway