The young man peered out the passenger window and asked

I didn't intend to get on the bus, but I enjoyed watching the minivan rides coming one after the other, so I wandered around the bus stand by the Jakarta Kota station. Many of them would stop in front of me, and after a while they would drive away. But the bus conductors and dispatchers don't call out to me.

The cab drivers here in Jakarta don't aggressively market themselves to tourists. The same is true for the carriage drivers waiting for tourists at Fatahillah Square, a tourist attraction. Even if he makes eye contact with me, obviously a tourist, he never offers to show me around Jakarta. While I had no trouble saying no, I felt a little sad.

Even so, some people, like the man sitting in the passenger seat of the minivan in this photo, approach me out of curiosity. The young man was looking at me with his cigarette hand out of the window of the vehicle that had stopped in front of me. He was probably asking me where I was going. I responded to his question with my camera. 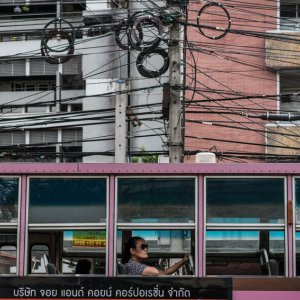 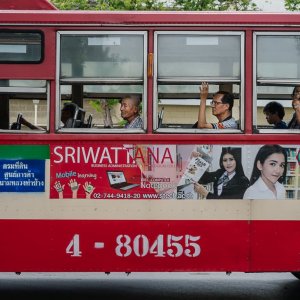 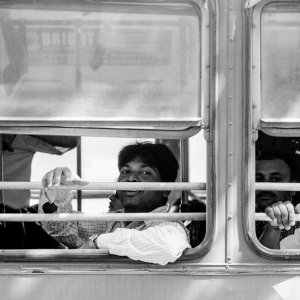 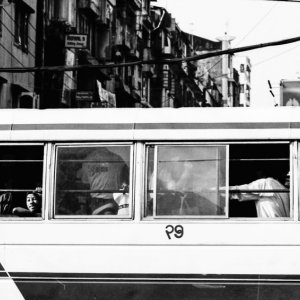 Windows Of A Local Bus 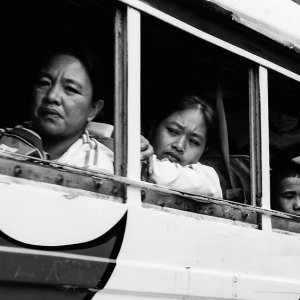 Disgruntled Look On A Bus 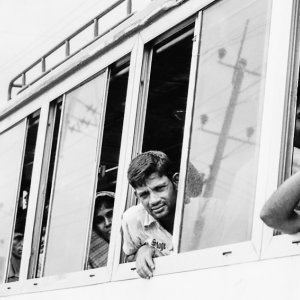 Man Leaning Out From Bus Window 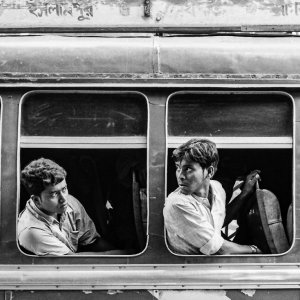 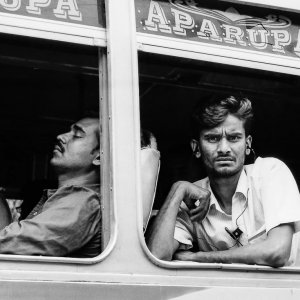 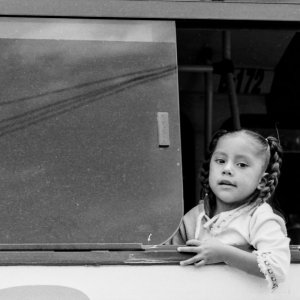 Girl With A Braid On The Bus 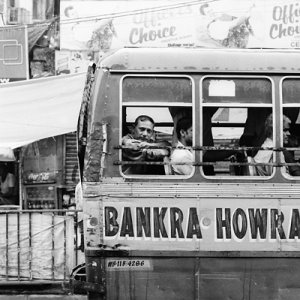 Man On The Last Seat Of The The Bus 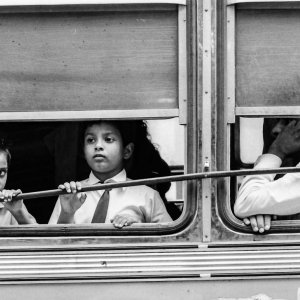 Kids By The Car Window Of A Bus 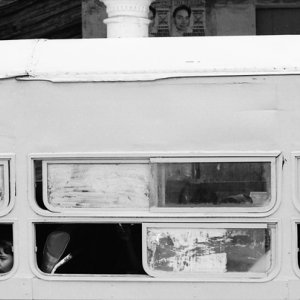 Window Of A Bus Were Opened