Two men were sitting on the same tricycle

According to the situation, they didn't seem to be friends. The man who called might be a customer of another man who sat on the saddle.

Floral-printed Clothes And Wrap On Her Head 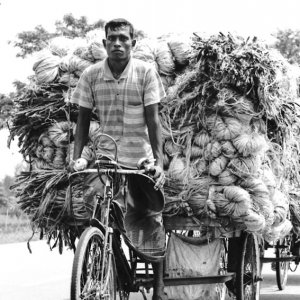 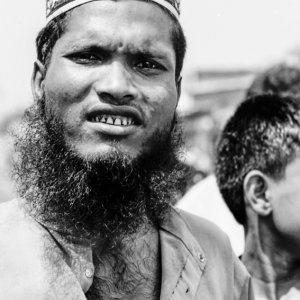 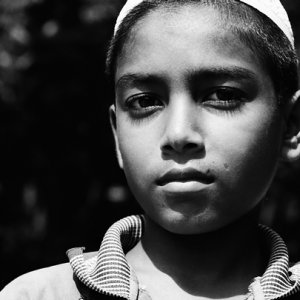 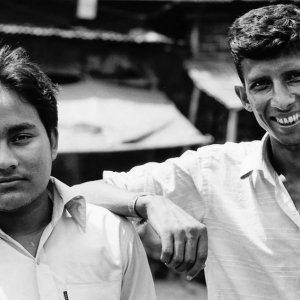 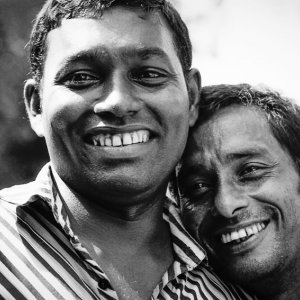 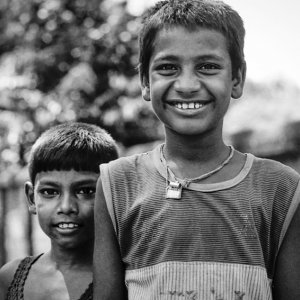 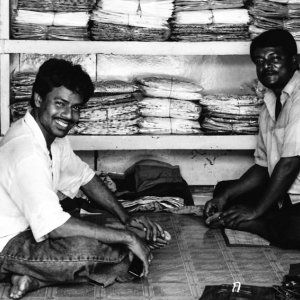 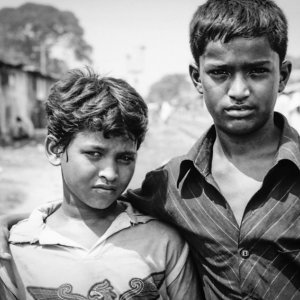 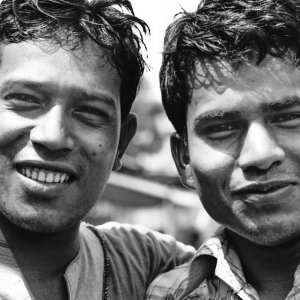 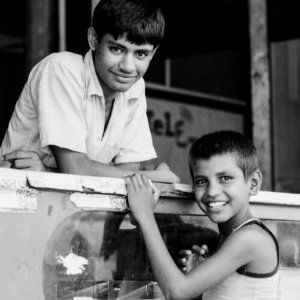 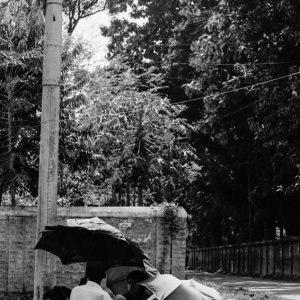 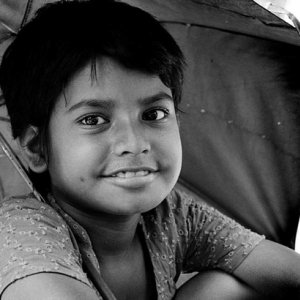 Cute Smile Under The Umbrella