Even though it is located in the city center, the precincts of the Banna-ji temple are quite spacious, completely surrounded by ditches. This is where Ashikaga Yoshiyasu, the ancestor of Ashikaga Takauji, the first shogun of the Muromachi Shogunate, originally lived. The residence of a powerful man is much larger than that of a common citizen from the days when samurai were active.

The building in the photo is the Tahoto Pagoda of the temple, which was rebuilt in 1692 by Keishouin, the mother of the fifth Tokugawa shogun Tsunayoshi, and enshrines the Vajra Dainichi Nyorai and Seishi Bosatsu. Two men were sitting on a bench next to it, conversing at a slow pace. Judging from the distance between them and the pace of their conversation, they seemed to be parent and child. 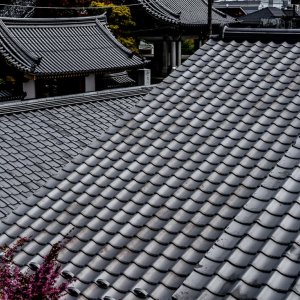 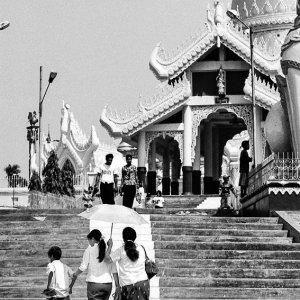 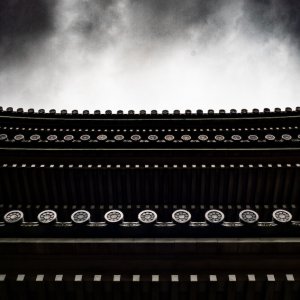 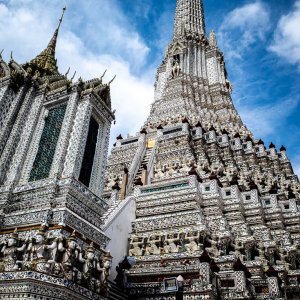 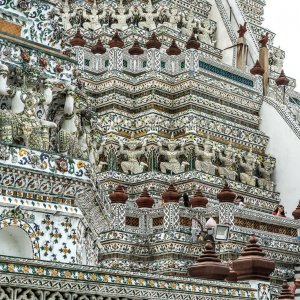 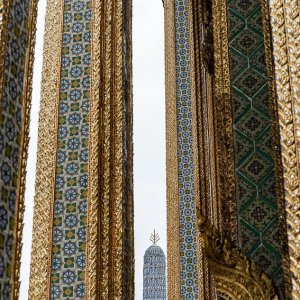 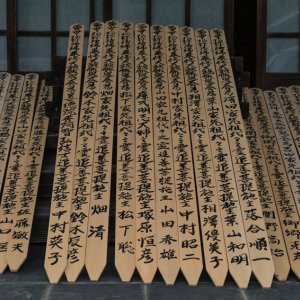 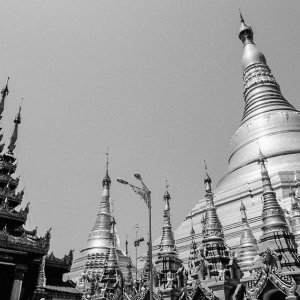 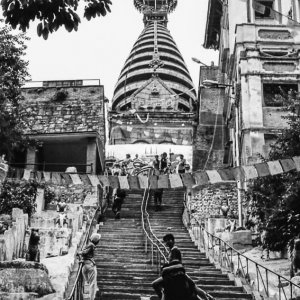 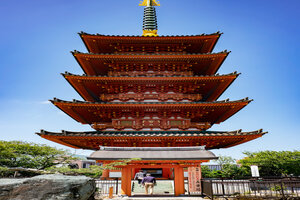 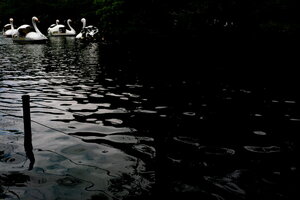 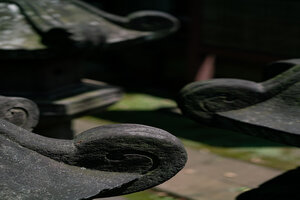 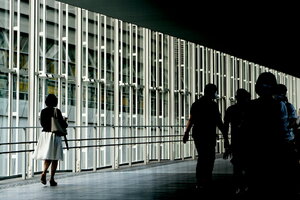 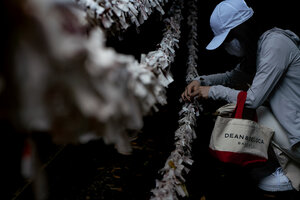 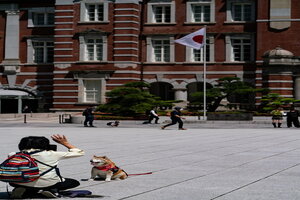 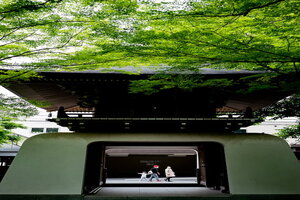 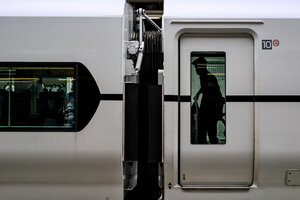